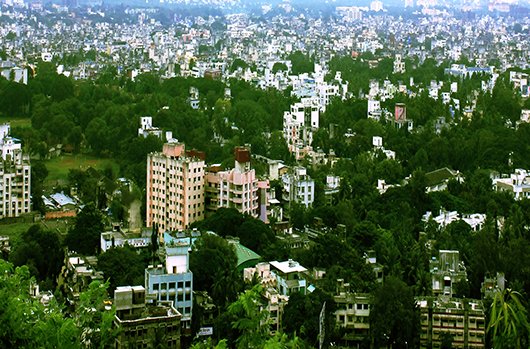 In 2018 Pune achieved the first rank among the list of 111 cities in terms of liveability in India. The ministry of housing and urban affairs granted this rank to the cities across the nation calculating there urban and civic development. Pune stood first in the survey and Navi Mumbai and Greater Mumbai came second and third. And New Delhi took 65th rank. This achievement increased the demand and supply of the housing sector. Earlier, people from every nook and corner arrive at Pune to accomplish their dreams of getting a good job and then settle down.

This living index data has revealed the actual scenario of the inputs and conditions of different cities. Pune made to the top because it is the result of the joint efforts of the government and its residents. The metro city is constantly expanding in all directions and bringing good results. Today, it has become an ideal city for the flourishing real estate and new-age home buyers. In this context, Anuj Goel, Goel Ganga Developments, Pune shared his views on the same. He says that building affordable and safe homes is the prime motto in the house. The company aims to construct an enriching and sustainable environment for the entire city and the state.

He says that being a part of the legacy and belonging to the family of reputed builders in Pune, he must bring the best facilities to raise the standards of comforts in their smart homes. In the last two decades, Pune has been successful in emerging as the city of developing infrastructure, educational hub, and a better place to earn a livelihood. These positive attributes can be considered as the table turner and gems in the crown of Pune.

The city has a remarkably developing infrastructure that collaborates and meets all the requirements of a mediocre family. It has easy access to schools, colleges, places of work, medical care, and much more. It is amplifying from north to south with skyscrapers and marvelous townships. In between all these, Goel Ganga reviews put light on their upcoming budget flats in Dhanori, Undri, and other localities. Most of the projects are in the last stage of the possessions. These apartments can be considered as the living example of the growing infrastructure of this wonderful city.

Adding to it, Pune is also known as Oxford of the East. It has some of the best educational institutes, universities, schools, and management schools. These all features elaborate the endless opportunities and make it a perfect commercial hub with the presence of major industrial giants. It has huge business parks, automobile manufacturing units, and awesome weekend gateways to balance the needs of the buyers. The increase in opportunities and demand for real estate is responsible for making Pune number one in the living index ranking declared in 2018. Ankit Goel Ganga, Director – Goel Ganga Developments| says that he feels gratified for his city’s popularity and the beautiful resources that makes it India’s most preferred city to live.

Why Kharadi is great for home buyers & investors?